Season two of Big Little Lies has just premiered and everyone can’t wait to find out what’s going to happen, now that the show has deviated from the best-selling book. In celebration of the hit drama, Modsy, an online interior design service, has reimagined the coastal homes of four main characters.

Sassy Madeline is the lovable one in the group. She’s bubbly, energetic, glamorous and over-the-top and Reece Witherspoon shines in the role. She has her secrets on the show but she acts more as a voice of reason than a driving force of chaos. Modsy has paired a dramatic burgundy with a pale pink bedhead — just the kind of choice Madeline would make. The team layered different textures and hues of blues while mixing in velvet textures, metals and glass for a feminine touch.

In the show, Celeste — played by Nicole Kidman — is the epitome of refined sophistication. When we first saw her in season one, the gorgeous mother seemed warm and friendly and yet she was hiding one of the biggest secrets on the show. Modsy created this living room to reflect those character traits. Pale blue walls and white framed windows reflect coastal elements, creating a relaxed vibe while the unique armchair and side table almost appear austere and out of place. At the start of season one, Renata is introduced as an anti-bullying crusader who is at the centre of schoolyard politics. She’s wealthy, powerful, and severe — usually appearing in sophisticated yet muted outfits. The living room expresses extreme minimalism with a touch of chic. The muted colour palette is the perfect backdrop for striking statement pieces and furniture accents. Each piece has been chosen deliberately to act as a work of art and exudes wealth and style — just like Renata herself. Highly spiritual and connected to nature, Bonnie was initially a side character who turned out to be one of the major players in the finale of season one. She practices meditation and yoga and embodies a holistic lifestyle.

Modsy created an open and airy Bohemian bungalow to reflect Bonnie’s character. Layering rugs picked up from flea markets and mixing wood finishes creates a relaxed yet curated vibe. The trunk at the foot of the bed makes a fascinating statement with its geometric pattern. 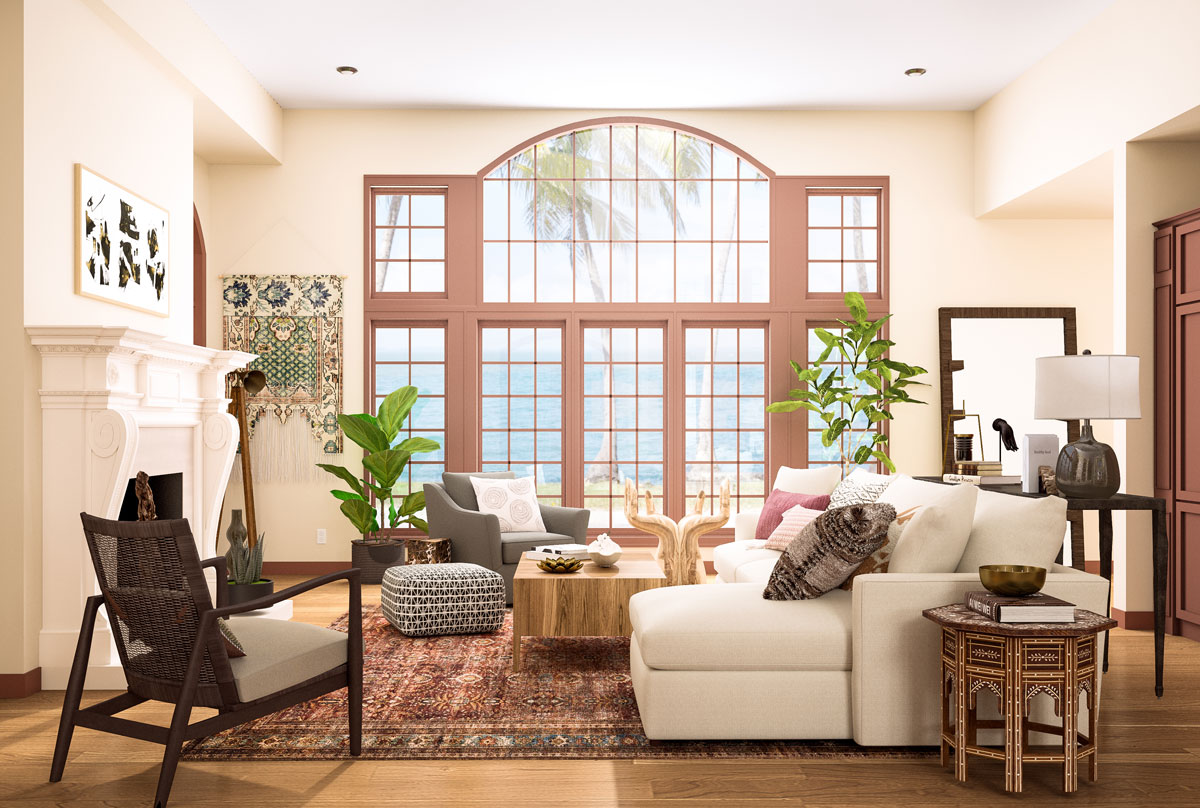 Click here to see what kinds of interiors Modsy created in honour of Game of Thrones.