Inspired by the country’s flag, Fundamental Architects and Omega Render have designed a building in Kazakhstan which features a circular cutout in the middle. The concept is one of three proposals that BI GROUP, Kazakhstan's largest developer, is considering for the site.

The dynamic and innovative design spans from one side of the Ishim River in Astana to the other, providing gorgeous river views. The Tower of the Sun sits in the middle of the capital city and, if delivered, will be a mixed-use building comprising residences, offices, a hotel, and commercial spaces spread over 75,000 square metres. 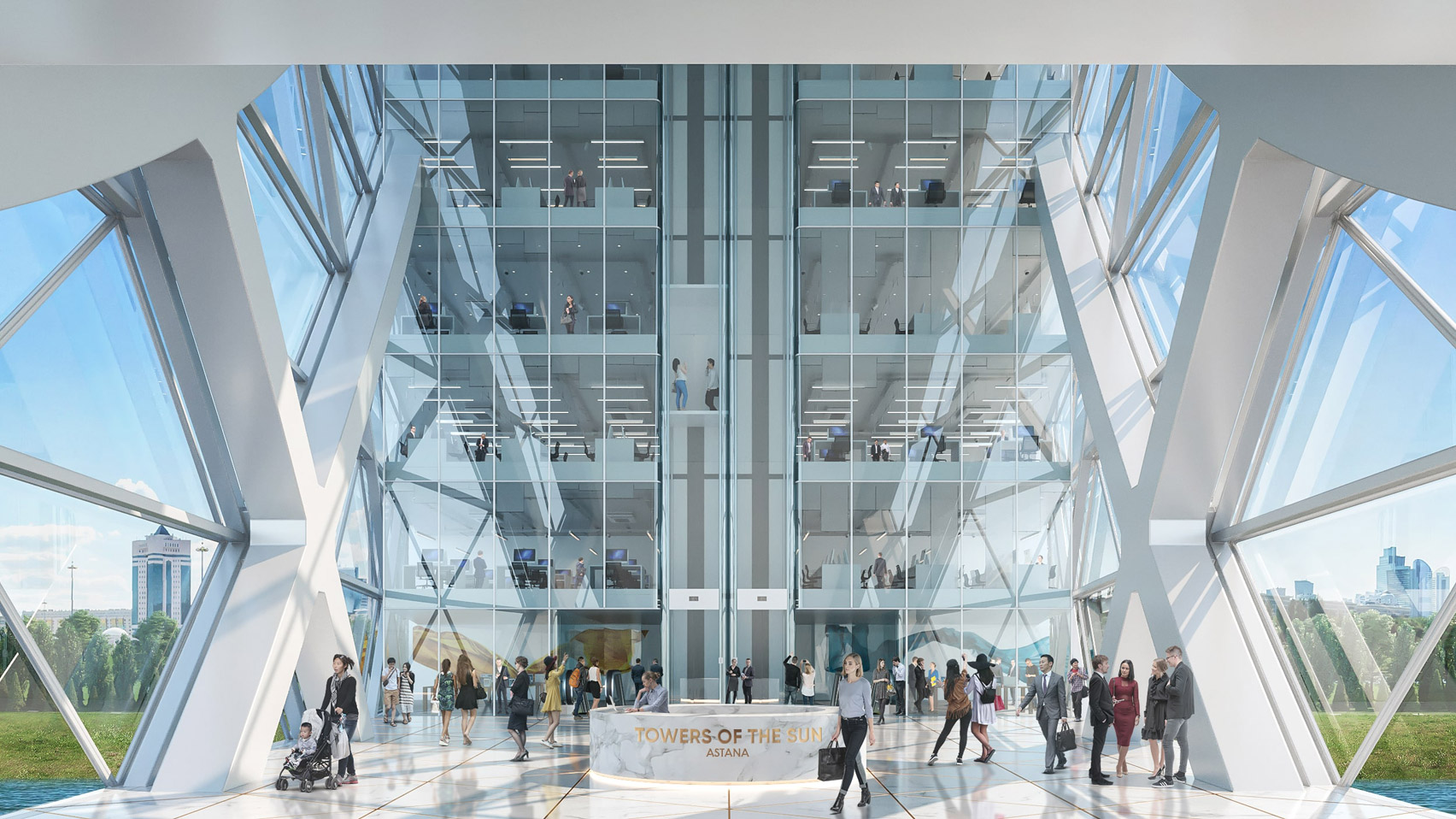 The design teams had one main problem when they began drafting ideas — how could they best use the site without blocking views of the city from the nearby highway? That’s how they came up with the concept of the flag — the main structure references the blue part of the flag and the enormous cutout becomes the sun. 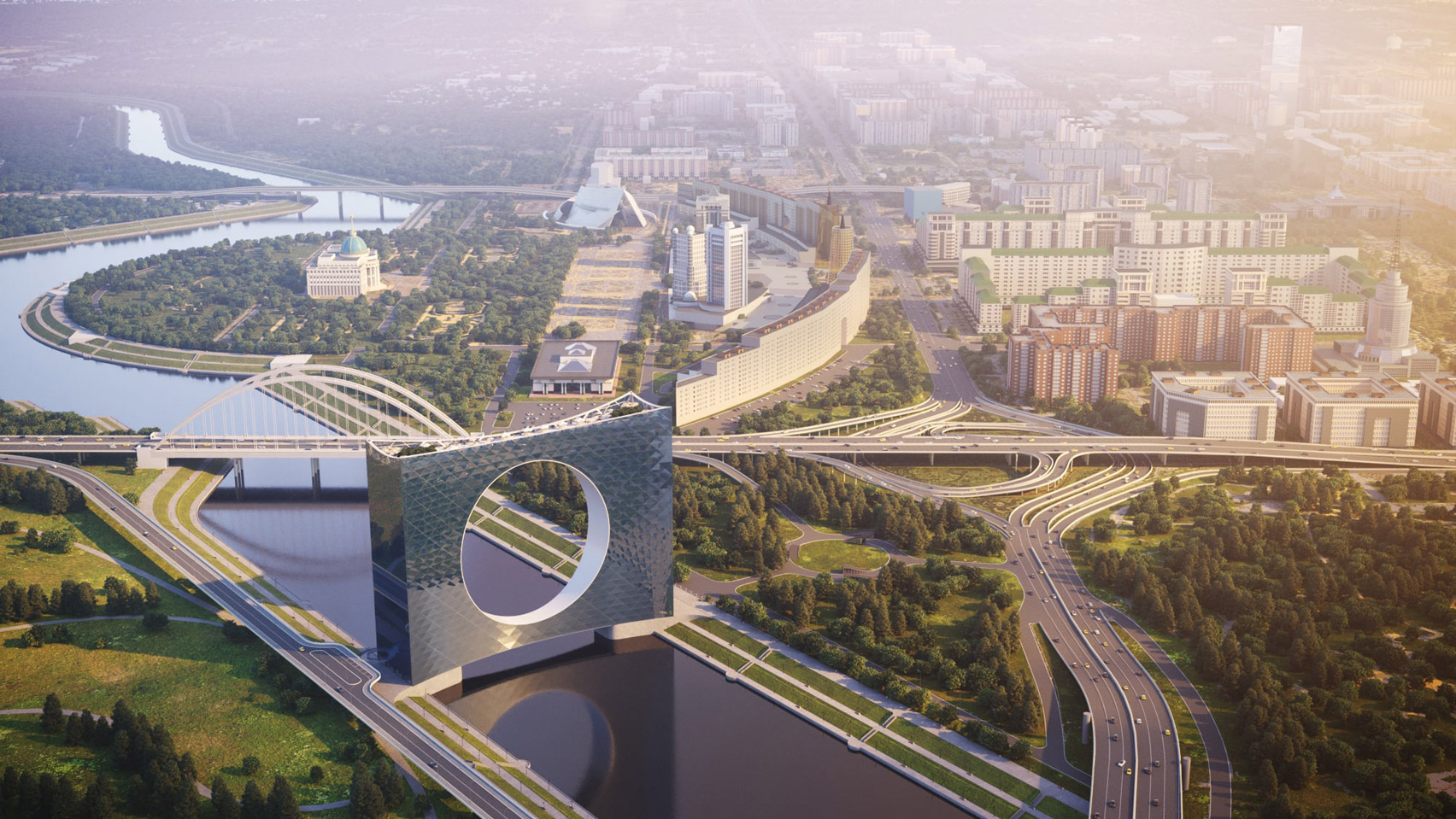 “The building is strategically positioned on the view line between the main highway and the palace, so while driving on the highway we do not block the view towards the Presidential Palace,” Vladimir Konovalov of Fundamental Architects told Dezeen.

“It is still visible through the circle opening in the tower, which represents the sun – an important symbol in Kazakh culture and traditions,” he said.

In order for the design to work, the lower level will become a public pedestrian and cyclist bridge while the rooftop will feature a public rooftop terrace, offering views across the city.

“It becomes an important attractor on the city scale and provides a much-needed pedestrian connection between two important landscape parks that are positioned on different sides of the river,” Konovalov explained.

The design studios have ensured the building has the power to achieve ‘near net-zero energy’. To help achieve this, the part of the river which runs under the building will be narrowed to increase its flow so that it can generate hydroelectric power.

The city of Astana, recently renamed Nursultan earlier this year, was founded by a unit of Siberian Cossacks in 1830 and was an important city within the Kazakh Soviet Socialist Republic from 1936 to 1991.

Then, in 1998, a Japanese architect was appointed to redevelop the existing city and create new boundaries based on principles of metabolism and symbiosis, and the result is a city with a diverse and unique architectural landscape.